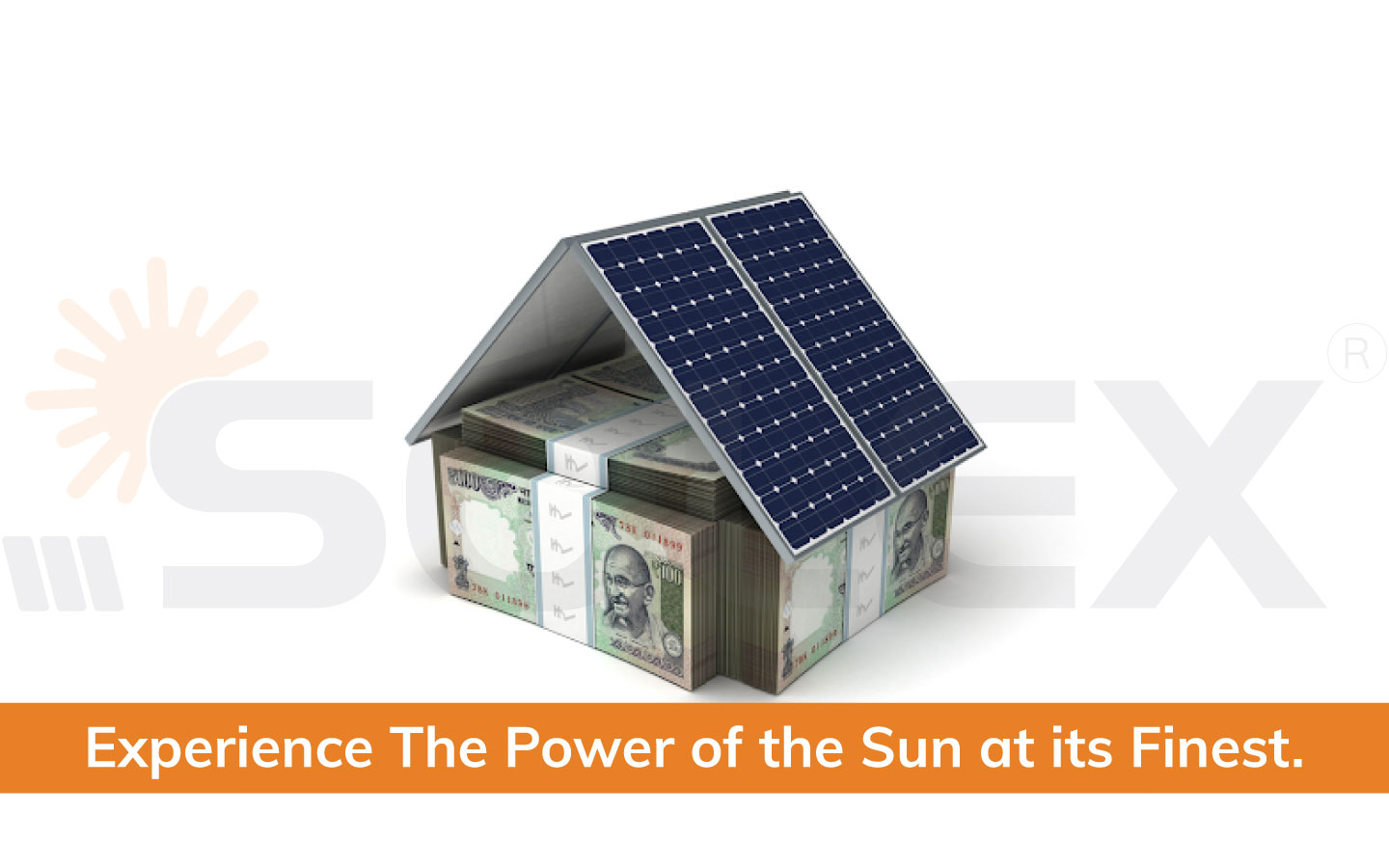 In a major initiative, Govt. of India, under the National Solar Mission has set a target of 1,00,000 MW power generation through solar energy in the country including 40,000 MW to be contributed through the solar rooftop in various sectors.

In order to achieve this magnitude of capacity, Gujarat has been given the target of 8,024 MW Capacity of Solar Energy by 2021-22, out of which 3,200 MW is to be contributed by the rooftop segment.

Installation of Rooftop Solar Plants on a large scale is one of the best initiatives, as in such plants, there is no requirement of land. Energy is consumed where it is generated; there would be no element of transmission loss or wheeling loss and such plants would be in the interest of the public at large as well as State Utilities.

Therefore, with a view of promoting large-scale rooftop solar systems on private residential roofs-terraces, the Government has introduced a subsidy scheme for solar rooftops in the residential sector.

This Scheme shall be called “SURYA-Gujarat” (Surya Urja Rooftop Yojana-Gujarat) with the following provisions:

Target: The target for installations of solar rooftops shall be to cater to 2 lac consumers during the year 2019-20 and cumulatively 8 lac consumers by the end of the financial year 2021-22.

a. the solar system is installed within the premises of the service
connection, either on the roof or on the ground.

b. the solar system is of the ownership of the consumer.

d. Solar cells and solar modules deployed in the solar rooftop system shall be manufactured in India. i.e. Solar cells and/or Modules of Non-Indian Origin shall not be eligible for subsidy under this scheme.

e. Only new plant and machinery shall be allowed for installation and shall not be shifted anywhere else.

Gujarat Urja Vikas Nigam Limited (GUVNL) shall be the nodal agency for this scheme, and the implementation of the scheme and the subsidy disbursement shall be got done through all the DISCOMs in the state.

Any Industrial, Commercial and other consumers or Government and Semi-Government Organizations will not be eligible for this subsidy. Implementation of this Scheme shall be done under the administrative control of the Energy & Petrochemicals Department, Government of Gujarat.