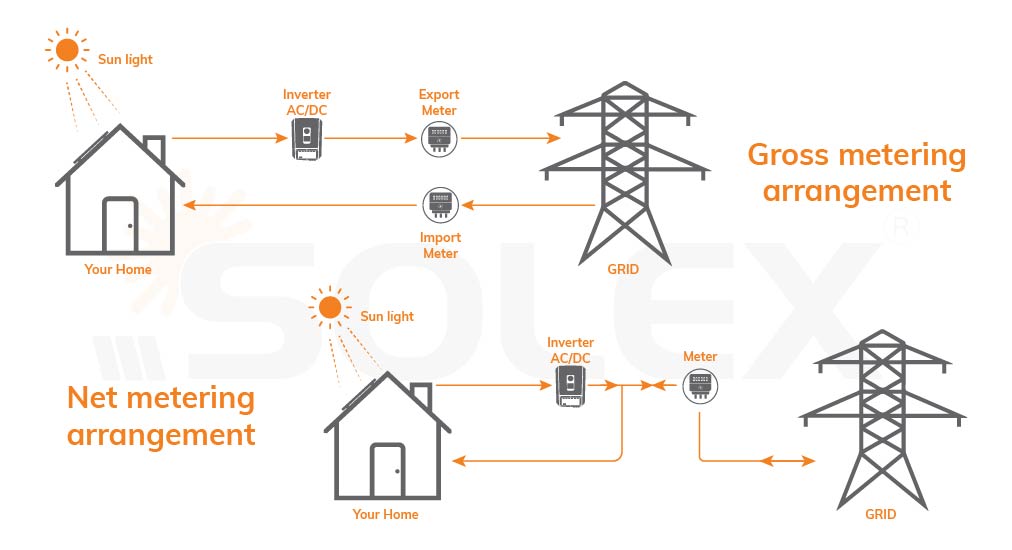 Net metering: Under the net metering system, the electricity meter operates in both directions. The consumers make the first use of electricity produced by the solar rooftop plant and surplus, if any, is fed into the grid. If required, consumers can also import from the grid. The net meter will measure both electricity exported and imported by the system. At the end of the billing period, the net power consumed or sold is calculated. If the net energy is positive (i.e. import is higher than the export), the consumer will pay the discom for the net units as per the tariff band. If it is negative, the discom may pay the customer or adjust during the next billing period.

Gross metering: Under gross metering, generated power is not linked to consumption. Two separate meters are installed. The electricity generated by the rooftop system and the electricity imported from the grid are measured independently. Power generated by the solar rooftop plant is directly fed into the grid, which is measured through an export meter and power from the grid is imported through an import meter. By tracking the total units generated and the total units consumed separately, the discom has the flexibility to charge the two at different rates.